This 9/11, remember that the Imperialists on Wall Street and in Washington DC are the real terrorists

Today is the 20th anniversary of t he 2001 9/11 terrorist attacks that demolished the world trade center “twin towers,”  and tower 7. The Pentagon was also struck by a plane. The US immediately invaded Afghanistan in response to these terror attacks, and pushed through the patriot act through congress and the senate. Legislators who were opposed to the patriot act were poisoned with anthrax, or were sent anthrax that never made it to their intended targets. What is not widely known, despite having an ending credit scene in the film Rambo III dedicated to them, is that the Mujahideen, the precursor to the Taliban and Al-Qaeda, was a direct creation of the US to draw the Soviet Union into “their own Vietnam.” As Zbigniew Brezenski told a French newspaper in 1998. 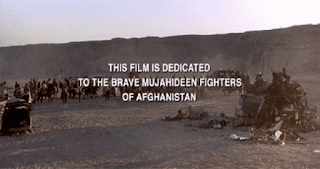 Years prior to 9/11 the Washington DC think tank Project for a New American Century urged the need for a “new pearl harbor” so the US could secure it’s “national interests” in Eurasia and the middle east. General Clark famously said the plan after 9/11 was immediately drawn as such; to take down the governments of Iraq, Syria, Lebadon, Sudan, Somalia, Libya and finishing off with Iran.After the US failed to do this it sought to achieve it’s objectives, as laid out by long time US strategist Zbiginiew Brzenski: "To put it in a terminology that hearkens back to the more brutal age of ancient empires, the three grand imperatives of imperial geo-strategy are to prevent collusion and maintain security dependence among the vassals, to keep tributaries pliant and protected, and to keep the barbarians from coming together." Or as is more commonly understood “divide and conquer.”

Interestingly enough, Zbigniew came out and said one of the greatest problems for US unipolarity would be a mutual alliance from mutual grievances from Russia, China, and Iran, the 3 countries the US now refers to as it’s “great power competitors.”

"Potentially, the most dangerous scenario would be a grand coalition of China, Russia, and perhaps Iran, an "antihegemonic" coalition united not by ideology but by complementary grievances. It would be reminiscent in scale and scope of the challenge once posed by the Sino-Soviet bloc, though this time China would likely be the leader and Russia the follower. Averting this contingency, however remote it may be, will require a display of U.S. geostrategic skill on the western, eastern, and southern perimeters of Eurasia simultaneously."While the US occupied Afghanistan, Opium production and terrorist training camps exploded in number. While the media assured the domestic US population (you and me) that the US was “fighting a war on terror,” what was actually occurring, with our tax dollars in our name, was quite the opposite. Afghanistan was used as a central hub of strategic chaos from which the US could export drugs and terror to Southern Russia, (Chechnya) Western China (Xinjiang) and Eastern Iran, along it’s entire border. Not content with the “progress” that was being made, further plans were drawn to collapse multiple governments in the middle east in what is now known as the Arab Spring.  Social media and the Hilary Clinton State department played a major role in the Arab Spring. The maximal objective of the Arab spring was to collapse all remaining independent governments with Al-Qaeda and many other jihadist groups armed and funded and trained by the US and it’s allies, the UK, Israel, Saudi Arabia and the Gulf States. And then take those forces to Iran, and then Moscow and Beijing. Russia and Iran, wanting stability in the middle east, seeing what the US’s long term plans were, stepped in to aid Syria, while the US was using Al-Qaeda and co to fight against the Syrian government. Syria still lives on, although the US, with 1,000 troops or so, and via Kurdish proxies and ISIS and Al-Qaeda  affiliates currently occupies 1/3rd of Syria, the eastern region where the countries oil and wheat fields are located. The US is stealing Syrian Oil and wheat, trying to starve the Syrian people into submission. Libya was not fortunate enough to survive the US’s war of terror, although initially successful in holding off US backed jihadists on the ground, the US saw fit to bomb Libya for 7 months straight to give their proxies on the ground the support they needed to collapse the Libyan state. Libya today exports about 10% of the oil it did while Gaddafi was still alive. The objective and taking out an oil selling competitor who sought to unite the African continent was successful. Before the NATO bombing Libya had the highest standard of living. Today Libya has open air slave markets and constant fighting as a result of the NATO bombing campaign, which targeted Libyan infrastructure, water treatment facilities, and things people need to live decent lives. So now, the US has recently pulled ground forces out of Afghanistan, it remains to be seen if the Taliban will bring stability and economic development to their country, by working with China Russia and Iran, or if they will act as US proxies to continue to export terror and chaos. The New York Times, the paper of record in the US recently ran an op-ed titled “What comes after The War on Terrorism, The War on China?”

While the COVID-19 shutdowns resulted in a closure of 60% of small businesses in the US, that, along with the CARES act that was passed unanimously has resulted in the largest upward transfer of wealth in human history,  and while medicare for all would have saved 40% of those who have died from COVID-19, the US continues to spend it’s population’s money and lives on exercising their will on the Eurasian continent with ever greater diminishing returns. This 9/11, never forget and remember that the Imperialists on Wall Street and in Washington DC are the real terrorists.