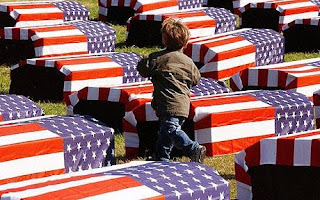 I am 26 years old. My country has been at war with no less than two nations or otherwise militarily involved which now just means bombing without an official declaration, for more than half of my life. Not that the two "official" wars of Iraq or Afghanistan have an actual declaration either. Its all under the now 17 year old AUMF. There is so much to unpack here, lets start with some fun facts to better acquaint ourselves with what is actually going on with our tax dollars in our name.

The US Commenced Plan To Dominate ‘Grand Area’ Of The Globe After WWII.

The Neoconservative wing of the US government, after 9/11 decided to "Invade 7 countries in 5 years"

On the oil reserves in the middle east during World War II “It’s a stupendous source of strategic power and the greatest material prize in world history.” “It’s strategically the most important part of the world”

That is all to say that, whatever you think you know about US Foreign policy- its bullshit. Unless it begins with or contains something along the lines "geopolitical strategical importance and/or natural resources." That might be news to some, but it really shouldn't be, this is pretty out in the open if you pay even the slightest bit of attention to the news.

U.S. soldiers are fighting and dying for the bottom line of fossil fuel companies. That's what this is. Its not about "spreading democracy" or "liberating" people in the region. In a day and age when we could convert the worlds energy grid to green technology in a matter of months, this whole ordeal of permanently occupying the middle east is just a bad joke.  It really is, there's just no other way to put it, you have a small number of incredibly powerful wealthy people who are playing a chess game with with planet and peoples lives simply so they can keep playing the chess game and maintain their status as players, while the rest of us are expendable pawns.

Do  I need to even get into the fact that 15 out of the 19 9/11 hijackers were from Saudi Arabia? Perhaps our 2nd closest ally after Israel? No, I don't think I need to, but that information exists as well, and it adds to this picture, this real world picture that the occupation of the middle east has nothing to do with 9/11 or Terrorism (btw the US is the largest sponsor of state Terror and it has been since the end of WWII) or freedom or democracy. It has everything to do with maintaining a monopoly on the worlds primary energy source as well as making sure the folks who run that monopoly fatten their wallets while they do so.

I'm even sure where I'm going with this anymore, but lets recap if only for my own sake: We're there for oil. Everything else said besides that is a lie. Okay. Cool.

So what can we do? We the people? Organize. Push renewable energy. Demonstrate against the wars. Vote for anti war candidates or at least people who will begin the process of unraveling the empire. Aside from being aware, make other people aware of this too. We live in an age where people have the entire accumulated knowledge of human kind on their tiny little fucking rectangle, I believe the colloquial term is "phone". Use that, educate yourself, educate others. Its going to take solidarity on a national if not global scale to undo these things we're doing but its the right thing to do, not just morally but fiscally as well.