The rise of white nationalist attacks is becoming impossible to ignore. There is something that needs to be noted about white nationalism, white supremacy and all those who follow the basic premises of this ideology: this large umbrella of ideas is a pro capitalist ideology which is precisely why it’s growth is largely going uncontested by the federal government here in the United States. I can’t and won’t speak about how other governments around the world are dealing with or not dealing with white supremacy because I don’t know and its not my place. My place is here, the good ol’ US of A.

Okay, so let's back track for a moment. What does it mean to be white? It’s not skin color, there are plenty people of fair skin who aren’t considered white. A really good example to illustrate this point is Ahed Tamimi, a Palestinian activist who looks white as hell, technically speaking. 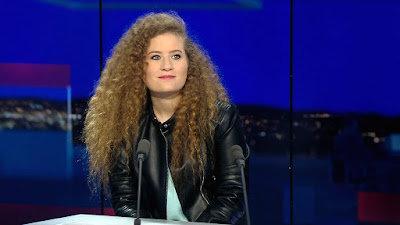 So, if she isn’t considered white… then who exactly is white? I don’t really know. Irish people were not considered white when they first came to the United States. If you really dig into this stuff, as I have, you’ll see that the founding fathers (like the Nazis) only considered people of North European descent to be sufficiently white, so Italians, Eastern Europeans, people who aren’t of that Anglo-Saxon descent but still have white skin, sorry.

Skin color is not enough to be considered white. Sometimes even northern Europeans (Irish) aren’t even white! This is kind of weird, isn’t it? When we take all of the facts into account one thing becomes clear: Whiteness is based on exclusion. If you got it, oh baby you got it! If you don’t, well, that’s unfortunate. Go fuck yourself. One more thing I want to note about whiteness, is that once it becomes mixed with any other race, it ceases to be white. For example, look at this handsome fellow: 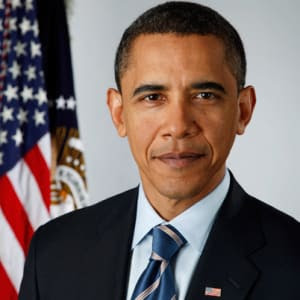 Obama is half white. Only one of his parents is black. But no one ever mentions that. So when we take that into account as well, we see what Whiteness is, a non racialized race. You see, my dear chum, my precious audience, you wonderful person wasting your time reading this, Whiteness was a concept made by colonial Europeans, probably, at least in part, to separate themselves from the black and brown and asian people they were raping and exploiting and pillaging and killing.

Theres actually a deep mythology to all of this that was rampant among the founding fathers and wealthy whites world wide, and it goes something like this:

What we currently know as Anglo-Saxons started somewhere in Iran and moved west, conquering everything, from there to northern Europe, from northern Europe to Great Britain from Great Britain to the New world, from the new world to Hawaii, from there to the Philippines, and from there, Theodore Roosevelt said that the Japanese were white enough, they could be honorary whites and they could move into China and Asia. The overarching idea is just moving and conquering west until a complete circle is made around the globe. Thomas Jefferson wrote that the idea time for Anglo-Saxons was from the 8th century before they were poisoned and muddied up by other races, for some reason, a totally not racist reason, Jefferson thought this time period was when anglo-saxons “had the best laws.” This is a dominant ideology that runs very deep in our culture and history. Funnily enough Benjamin Franklin said that the Germans were "too swarthy" to be considered Anglo-Saxons.

White supremacy is as American as the constitution, apple pie and Apple. Our treatment of native Americans and blacks and Chinese people actually inspired Hitler. He wrote about that in Mein Kampf. There was a 20,000 person Nazi rally in Madison Square Garden just 7 months before WWII broke out in 1939! Imagine the amount of people in the country that were sympathetic to these views, if 20,000 showed up to an actual, factual Nazi rally.

So we’re clear, that racism and the idea of a mythical superior white race is deeply embedded in our society, the founding fathers were all about white supremacy, they were into that shit, hardcore. So much so, that the American revolution, was really a kind of counter revolution against poor whites, blacks, and native Americans whom against the propertied class were fearing a wide scale coalition emerging from those groups, if they were united.

They dealt with this largely by expanding west and directing the socioeconomic problems and anger to the idea of “free land.” Which is a nice way of saying “don’t do anything about wealth inequality by expanding democracy, just move west, kill some natives and take some slaves with you so you can one day hope to be as rich as us, you peasant swine.”

But I think I’ve made my point, there is a very real historical context to white supremacism today. White supremacy has been a very useful tool for the wealthy, propertied class of the U.S. to use against working class white's best interest by pitting them against native Americans and enslaved blacks. These things run through all the way to today. The idea of whiteness has expanded to pretty much include anyone with white skin and European descent. (sorry Albino Africans, your day will come). And the key thing about this “expanded whiteness” is that it’s totally inline with the development and growth of capitalism, it is almost exactly like the American dream; a false promise of “Hey! You can get rich too! Just work harder you lazy fuck!” That idea has been fed to working class whites for some odd 400 years now in this country.

So now, the chickens are coming home to roost, play video games, whatever chickens do, and it’s taking the shape of mass shootings, acts of terror, and Pepe the frog memes. Why?

This question doesn’t have a simple answer, But I do have a list of answers:

Despite the obvious danger and historical lessons to be learned from this, the actual owners (of the means of production, the capitalist class) of the country do not really care, so long as the status quo is upheld, ie extreme wealth concentrated into a few hands.

This entire post could be summarized with: White supremacy is getting worse because capital is sucking more and more wealth from the working class, making a large section of them turn desperate and looking for answers, usually on the internet, it's 2019. And because white supremacy as an ideology doesn’t threaten capitalism, nay, it reinforces it. Nothing too serious will be done about it. Similarly, the wealthy Germans and other foreign capitalists (American, British, French, etc) were all fine and dandy doing business with the Nazi’s despite their clear disdain for all of the "lesser races" because it was good business.

Unlike, say, the Black Panthers for instance. They weren’t going to fight capitalism with their own black capitalism, they were going to fight it with socialism. They did, and they were brutally repressed and jailed and killed. The head of the FBI at the time, Hoover, even said “The, Black Panther party represents the greatest threat among the black extremist groups to the internal security of the United States” and that is true. If your idea of America is (in my view, accurately) a small number of extremely wealthy people exploiting everyone else for the sake of profit. 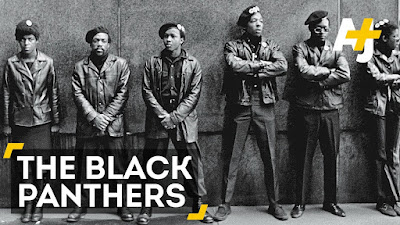 This is why it’s important to understand the distinction between White Nationalism and other forms of nationalism that are a response to white supremacy, like Black nationalism for example. Black nationalism doesn’t call for the extermination of whites, even in its most extreme variants, its an all black state free from white skinned individuals. Most of the groups that were promoting and talking about black nationalism were and are about black unification against racism. Some of these forms of nationalism actually did make a call to “fight capitalism with black capitalism.” And guess what? These forms of black nationalism were largely accepted by the American Ruling Class. Groups and people that made this critical analysis of capitalism, the mode of production being the root of oppressed people’s oppression, those are that the people that were killed and silenced. 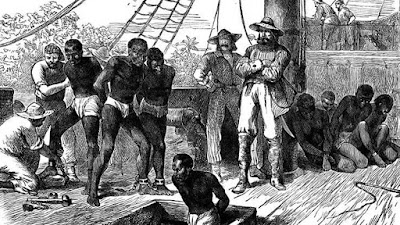 Racism was born out of capitalism to ensure its own survival. That continues to be its main role to this day. That is why even now, white supremacy isn't being taken seriously by most of the federal government. The federal government's main purpose, especially the various law enforcement agencies from local all the way to federal level, is to maintain capitalism, even if that means embracing white nationalism.